We are the company we keep 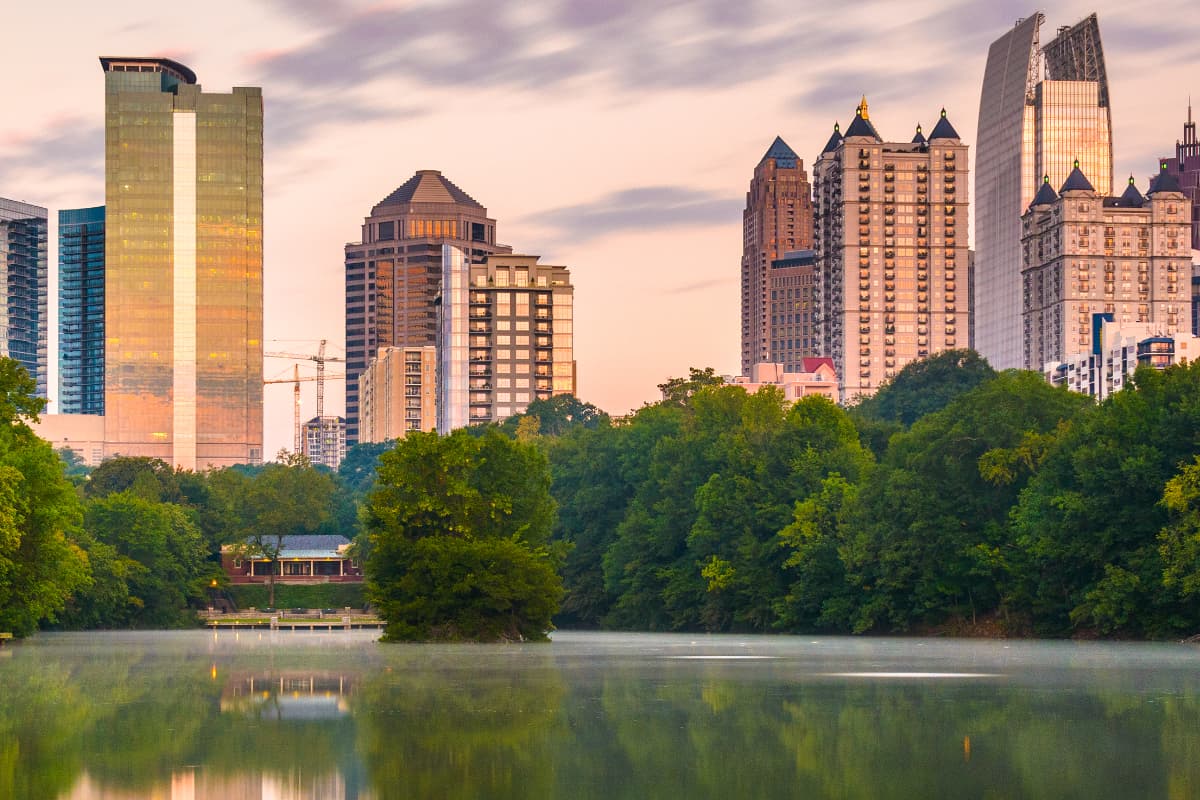 Great article on a GREAT Company we’ve come to rely on. The story involving me took place in 2005.

A Profile of Olympic Pool Plastering out of Atlanta Georgia.

Original Article in POOL AND SPA NEWS | Posted on February 01, 2009

No company avoids mistakes. But the good ones distinguish themselves by how they recover.It was nighttime, and pool builder Reaves Newsom was sitting in his office, frustrated. He needed several pools plastered by now, but they weren’t all finished. Newsom had a good, long-standing relationship with Olympic Pool Plastering, and had come to rely on the company’s quality. But on this day, there had been weather issues, compounded by miscommunication. There was no finger-pointing, really, but it was unnerving.

Suddenly, there was a knock at one of the four large windows in his office.

“It nearly scared me out of my chair,” says Newsom, general manager of Anthony & Sylvan Pools’ Atlanta division.

The tapping was from Olympic President Phil Still and General Manager Shawn Still. The duo had walked from their own nearby offices to do some problem-solving, and make sure they didn’t have another day like this.

“It was about 8:30 at night, but we sat down for a good hour, hour and a half trying to figure out how we could better communicate,” Newsom says. “And they get up at 4 or 5 in the morning. But the thing is, I know they didn’t do that just for me. I’m sure they do that for everybody else.”

It was a moment — one of many — where the past and future of Olympic Pool Plastering had come together.

Company founder Phil Still’s quiet integrity and attention to detail had won over Newsom and many others in the Atlanta market. Now, his younger second-cousin, Shawn, brings complementary talents that have helped grow the Norcross, Ga.-based company by about 50 percent in the last five years.

On firm footing
While Shawn has only been in the industry five years, Phil’s pool experience goes back more than three decades.

Phil started in 1977 as the Southeast sales manager for automatic-pool-cleaner manufacturer Arneson Products. In 1983, he went into business for himself as a pool builder and plasterer. A dozen years later, he sold the construction arm and decided to focus on his plastering division.

Phil attributes the early success of his company to his own persistence in perfecting his application techniques and pursuing accounts, as well as his ability to work with his crews.

“I have a pretty keen insight of what makes people tick and what they’re thinking and what inspires them,” Phil says. “I think it’s being interested and making them understand that you care about their position, and are willing to take their concerns to heart.”

Personally, people describe Phil as thoughtful and quiet, unless he has something useful to say.

“Contemplative would be a good word — and insightful,” says longtime friend Scott McKenna, president of Gardner Pool Plastering Inc. in El Cajon, Calif. “He is quiet, but he sits back and takes everything in and offers good insight. I looked to him often for advice.”

A few years ago, the business became so successful and the local demand for PebbleTec so high (Olympic was the only provider in the area) that Phil had to expand or risk losing territorial exclusivity. But aggressive growth wasn’t his specialty.

“He’s not the guy who’s going to go out there and knock on doors and pump up the troops and that kind of thing,” Newsom says. “He’s going to get the job done. He used to be out in the field.”

Phil wanted someone with the skills to turn his small company into a large one. Enter his second cousin.

The new era
Shawn Still was vice president of a home health nursing company when he was asked to join Olympic Pool Plastering, with a plan to eventually buy it out.

Shawn’s grandfather and Phil’s father were brothers. The cousins are about 20 years apart in age, so they often refer to each other as uncle and nephew.

But it wasn’t only the years that separated them. Shawn was cut from a very different cloth. “I’m probably one of the only [principals] in a pool plastering company who has never troweled a pool,” he says. “I didn’t even own a pair of blue jeans before I made the switchover. Or work boots.”

The 36-year-old Jacksonville, Fla., native has a degree in communications from the University of Alabama. After Clinton-era cutbacks undermined aspirations for a military career, he started a 10-year stint in health-care administration. No trowels necessary.

“At one time, I had 1,000 field employees and eight offices,” says the younger Still. “I was writing policy and procedure manuals for medical care.”

He had gained high-level experience in business management, sales and customer relations.

For Phil, that was just what the doctor ordered.

Where some company presidents might look for a carbon copy of themselves as successor, Phil liked the complementary nature of Shawn’s background, which included growing and expanding into new territories.

“I wanted someone who had strengths that I didn’t,” the elder Still says. “I felt that he could learn what I did, but it would be tough for me to teach him how to be good at sales and marketing, when that wasn’t my forte.”

Plus, there was a distinct benefit to hiring a more distant relative. “He told me straight up, ‘We’re family, but we’re not so close that if something doesn’t work out, I can’t let you go,’” Shawn says. “I think that was really important.”

As an eventual business owner, Shawn figured, he’d have more control over his own destiny. He liked that. So, in 2003, he joined as general manager. Phil remains president of the company, but works considerably fewer hours, with Shawn mostly in charge of the day-to-day operations. They haven’t yet established a timeline for Phil’s retirement, so Shawn has plenty of time to completely learn the trade, and save up to buy the company.

In addition to the original Norcross, Ga., office, Phil had established another in Charlotte, N.C. He attributes the creation of the third office, in Charleston, S.C., to Shawn.

To make it happen, Phil says, his younger cousin has intensified ties with builders.

Before, his company had a traditional subcontractor-contractor relationship. Under his cousin’s watch, they have developed more of a partnership. “Shawn has a better understanding of their business and what we need to do to support their efforts,” Phil says.

In the office, Shawn formalized and automated procedures such as work orders, pricing, quality control, scheduling and lead management.

But there were challenges, too, beginning with the trowel issue. When he started, Shawn didn’t know how to hold one. So, to get up to speed, he did a lot of reading, spent hours observing in the field, and became heavily involved with the National Plasterers Council.

Then there was the question of credibility among both clients and staff members.

“That was tough,” Shawn says. “I had to gain the confidence of what I was doing very quickly, and thrust myself into uncomfortable situations until I figured it out. If I didn’t know, I was quick to say, ‘I don’t know but I’ll go find out.’ And I would do that frequently.”

Listening and trying to show a helpful attitude helped illustrate that he didn’t plan to come in and change everything. But it was a delicate balance.

There was an episode his first year in which a justifiably frustrated crew didn’t want to work overtime plastering a pool that day, since the job had been delayed by circumstances beyond their control. Shawn was faced with an angry crew leader who had easily 10 years’ experience on him. The job needed to get done or the client would be lost, and there was no time to consult Phil. The conversation escalated on both sides, until Shawn essentially threatened the crew leader’s job.

“That was a very parent-child type of conversation, to a man who was 15 years older than me and had plastered 1,000 swimming pools,” the younger Still says today.

The message was right, he adds. The pool had to be plastered. But the delivery left a lot to be desired. With his cousin’s example, he now handles similar situations differently.

“There is no kicking, screaming or hollering,” he says. “I’ll be steady about my position. And after they’ve said their piece, [I explain], ‘I understand you’re frustrated. We’ll work that out and make sure that this doesn’t happen again. But I still need you to go to work.’”

Hopefully, he says, this approach will yield the same kind of relationship that his cousin has with crews. “[Phil] is just a very steady, calm force. And everyone who knows him will walk through fire for him. Everybody.

“Phil’s favorite quote is that if there’s ever a crossing point where he has to make a decision, he’s always going to err on the side of doing more than he probably needed to,” Shawn adds. “He’s been drilling me on that for the last five years, and I think it’s finally starting to sink in.”

← Previous: Two Minutes to Save the Life of a Child Next: Variable-Speed Pumps and Energy Efficiency → 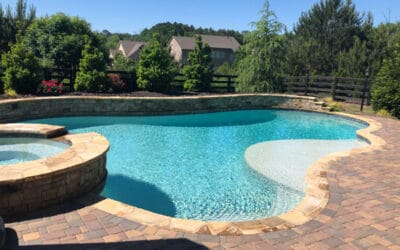 What Exactly Is Gunite?

Gunite is a material that's very often used in the installation of swimming pools. But what is gunite and what makes... 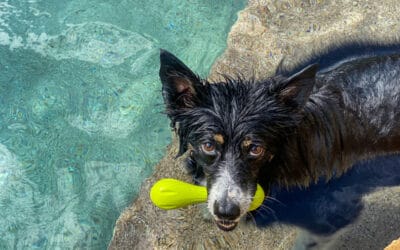 A Backyard Pool or a Swim Spa: What’s the Difference?

As you are getting ready for summer, you may be wondering if you should take the plunge and get a backyard pool. There... 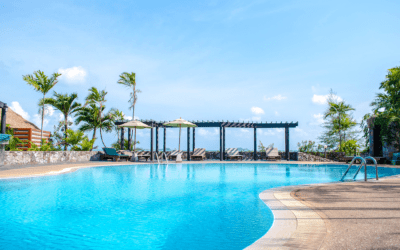 7 Most Expensive Swimming Pools in the World

As the cold winds are leaving and the heat starts to rise, there is nothing better than taking a dip in a swimming...